Have you ever looked to the stars and wished you knew more about them? Maybe you’ve been looking for a reason to dust off your telescope? Well, now is the perfect time to get involved in stargazing!

May 7th marks the spring International Astronomy Day celebration, with the autumn event occurring on October 1st. It was originated in 1973 by  Doug Berger, former president of the Astronomical Association of Northern California. His aim was to “Bring Astronomy to the People” and engage a wider portion of society with an exciting area of scientific research. This was achieved by bringing telescopes to a number of bustling urban areas, allowing those passing by to gaze at our planetary neighbours. Since its inception, Astronomy Day has expanded its celebrations across the globe - with activities being held at hundreds of locations across North America and Europe in particular.

While the official celebration occurs on May 7th, you can get involved in stargazing whenever and wherever you are. There are plenty of interesting objects to find in the northern night sky, especially this month. Constellations can be easily located with interactive sky maps: we recommend the free apps ‘Night Sky’ for iPhone users and ‘Sky Map’ for Android users. Check the levels of light pollution in your area and grab your binoculars!

What are the best things to look out for in the sky this month?

The Eta Aquarids occur annually from mid April to the end of May, though the shower will peak this year on May 6th and 7th. These meteors are produced by the remaining dust particles from Halley’s Comet, which last entered our vicinity in 1986 and is predicted to return in 2061. In the Northern Hemisphere, around 30 meteors per hour can be seen on a clear night. They will be emerging from the Aquarius constellation (shown in the diagram below), so we recommend this is where you start your observations. To increase your viewing chances further, pick as dark a location as possible and look to the skies after midnight on the 6th. 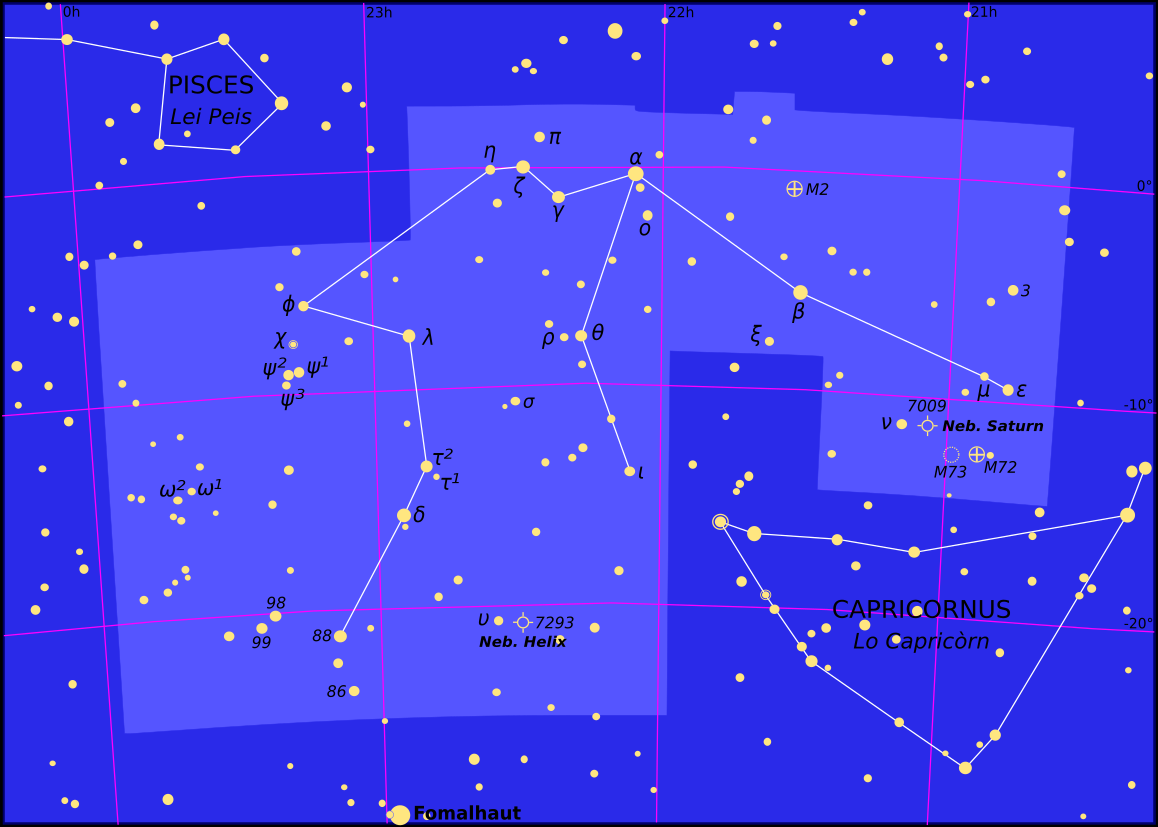 Constellation of Aquarius. Located between Pisces and Capricornus in the sky. It is a large constellation, spanning 57 square degrees, and is located close to the celestial equator.

This will be the first of two total lunar eclipses in 2022. Lunar eclipses are a phenomenon generated when the Moon falls directly under the Earth’s shadow. The Sun’s rays reach the Earth and an effect called Rayleigh scattering occurs - by which particles in our atmosphere disperse different colours of light to various extents. Blue light has a short wavelength, so it is dispersed more, meaning we see our blue sky turn red as the Sun reaches the horizon and light rays travel through a thick layer of atmosphere. Red light, however, has a longer wavelength, so it travels through the atmosphere in a straighter path. During a lunar eclipse, the only light reaching the Moon is the red light emerging from Earth’s atmosphere - so the Moon turns a deep red. 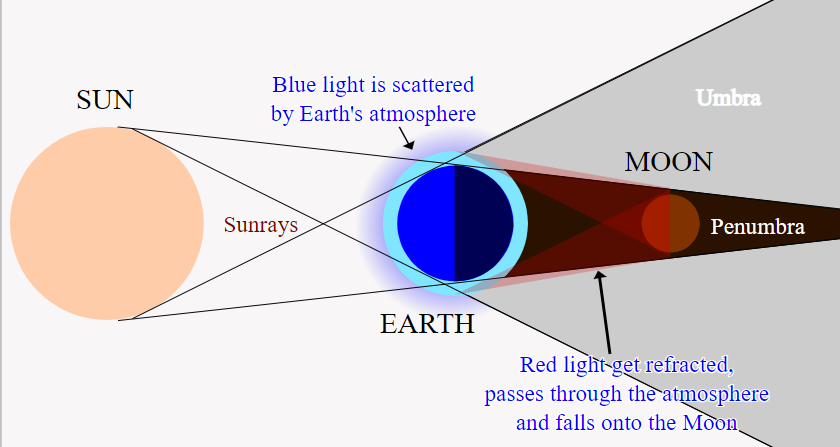 Total Lunar Eclipse. A diagram showing how a total lunar eclipse is generated. The Sun is on the left, with the Earth in the centre and the moon on the right (in Earth's shadow). The refraction of light through Earth's atmosphere leaves only red light emerging on the shadowed side, which turns the Moon a deep red.

The eclipse is known as such because the May full moon is called the ‘Flower Moon’ - but all lunar eclipses look similar. Different stages of the eclipse will be visible across the night of May 15th in parts of Africa, the Middle East and Europe (including in the UK). However, the entirety of the spectacle can be witnessed in the Americas between approximately 21:32 - 00:11 ET, when the eclipse will be at its maximum phase and the moon will be its deepest red. Check this interactive visibility map of the eclipse and search for your location to find the exact time the eclipse will be available for you to view. 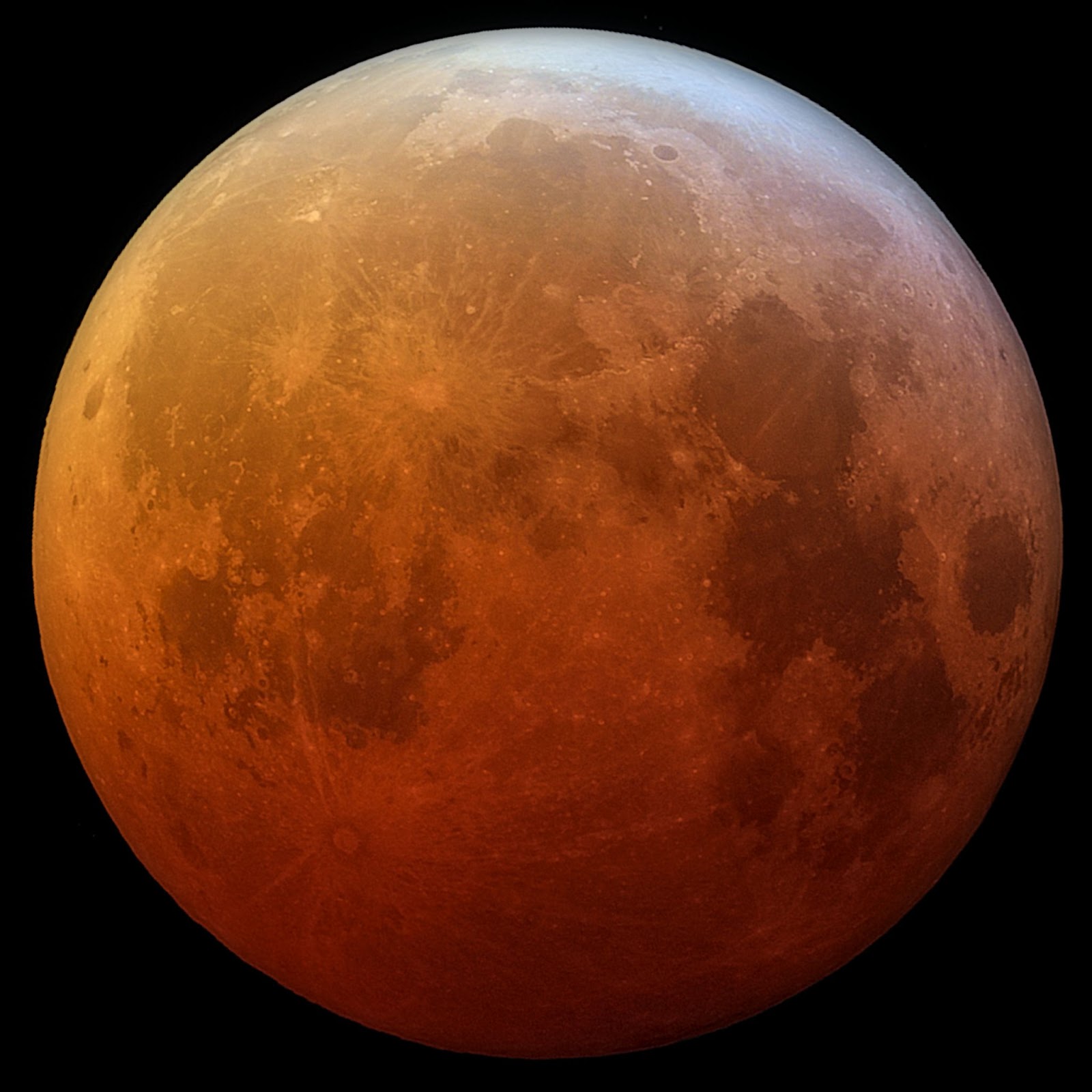 Total Lunar Eclipse. The moon is full and gradually becoming a deep red colour, as it moves further into Earth's shadow and intercepts the red rays from the Sun.

3- The best constellations to search for this May

On May 30th, there will be a New Moon - where the Moon is located between the Sun and Earth, so is in complete shadow and it is not visible in the night sky. This provides a much darker sky than usual, which is perfect for stargazing! It allows fainter objects to be more visible to both telescopes and the naked eye, so you’re more likely to see star clusters and even distant galaxies than at any other time in the month.

Hercules: The Hero. This is the 5th largest constellation in the sky, so it should be straightforward to spot. To begin, search for the Keystone, which is the trapezium-like body of the man.

Ursa Minor: The Lesser Bear. We all know about the Big Dipper, but have you ever seen the Little Dipper? It’s a bit harder to spot, as many of the stars in this constellation are dim and difficult to see in light-polluted areas. If you manage to see the dipper’s handle, you can find Polaris, the North Star, at its tip.

The Summer Triangle: This is a group of three very bright stars from different constellations. Vega is the 5th brightest star in the northern sky and lies at the tip of the Lyra constellation. Deneb is thousands of light years away from Earth and makes up the tail of the constellation Cygnus, the Swan, which can be found by identifying the Northern Cross asterism. The Triangle is completed by Altair, which lies in the Aquila constellation and is one of the most visible stars to the naked eye. 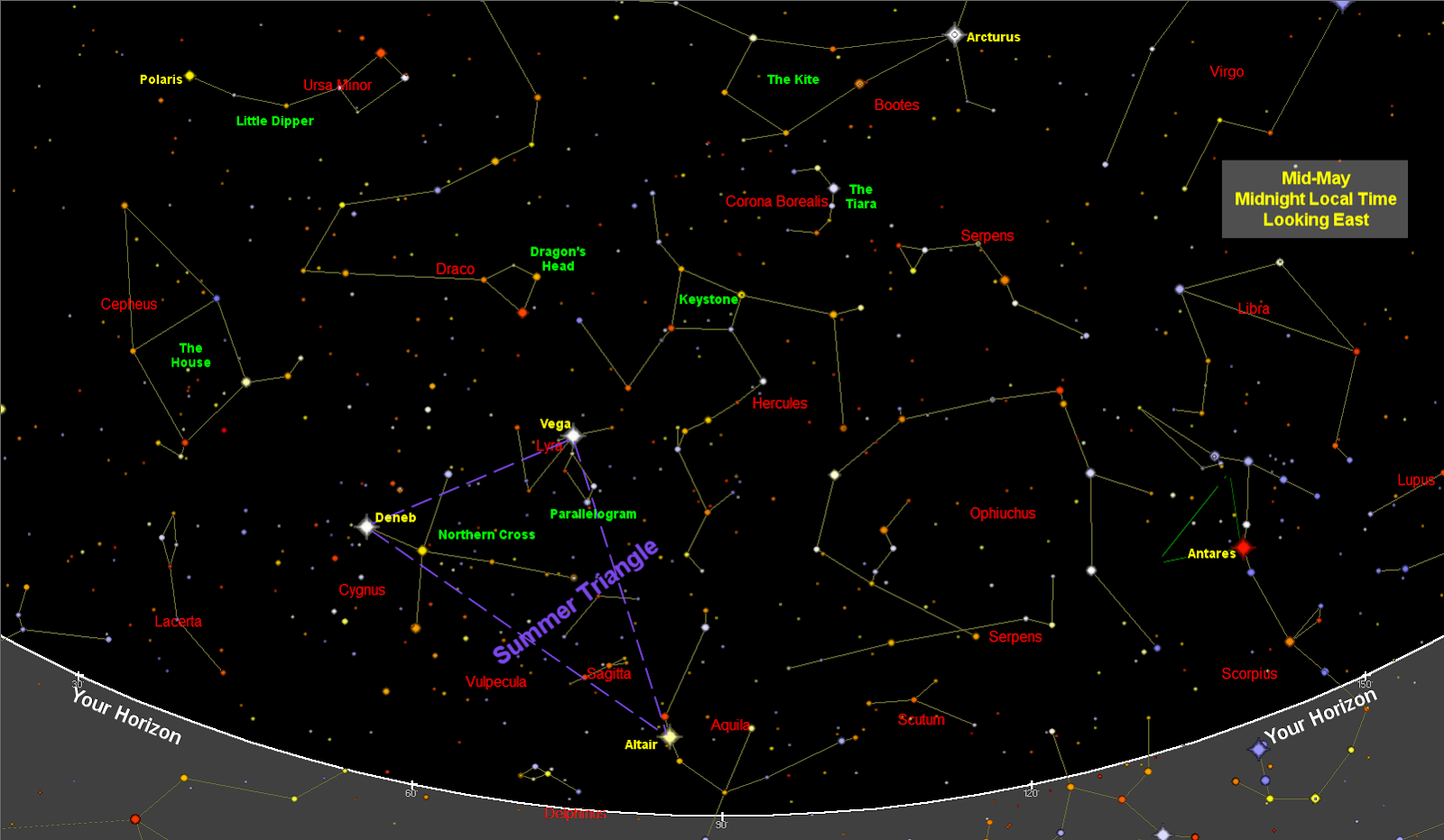 Alt text: An example Sky Map. Hercules is at the centre of the map. Ursa Minor is to the North-West, appearing as a smaller version of the Big Dipper. The Summer Triangle is directly South-West of Hercules, with Vega and Deneb forming the base - extending towards the South-East to the tip, with Altair.

Royal Holloway University Challenge Team Through to the Quarter Finals

A Huge congratulations to Royal Holloways University Challenge team for making it to the quarter finals!

Superconducting nanotechnology is a rapidly developing field with a series of promising applications.

Theoretical physicists predict sharp anomalies in the velocity of sounds where the pseudogap phase ends in cuprates.

Over 100 new PhD students from SEPnet universities attended the GRADnet Induction Day on Wednesday, 26 October 2022 at One Park Crescent in central London.

Get help paying for your studies at Royal Holloway through a range of scholarships and bursaries.

There are lots of exciting ways to get involved at Royal Holloway. Discover new interests and enjoy existing ones

Heading to university is exciting. Finding the right place to live will get you off to a good start

Whether you need support with your health or practical advice on budgeting or finding part-time work, we can help

Discover more about our 21 departments and schools

Royal Holloway is a research intensive university and our academics collaborate across disciplines to achieve excellence.

Discover more about who we are today, and our vision for the future

Royal Holloway began as two pioneering colleges for the education of women in the 19th century, and their spirit lives on today

We’ve played a role in thousands of careers, some of them particularly remarkable